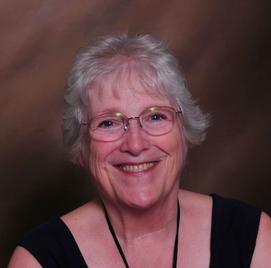 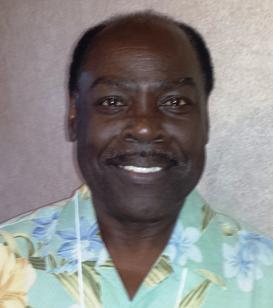 Last year (2018) Judith celebrated forty years of formal involvement with Dr. William Glassser’s Choice Theory and Reality Therapy by stepping back into a leadership role as president of The Northwest Region of The William Glasser Institute – US.

In the past Judith served as the second Board Representative from the NW Region. A faculty member since 1980, she became Senior Faculty in 1991. She’s also held leadership positions within the NW Region in the past. Judith has taught Basic, Advanced and Certification trainings as well as Basic Practicum Supervisor trainings. She’s also presented on various topics at Regional and International Conferences. An author, Judith’s fiction books show how the concepts of Choice Theory and the practice of Reality Therapy can work in everyday lives. Her first non-fiction book blends The Serenity Prayer with The Procedures That Lead To Change.

Judith’s Goal as the NW Region’s President is to encourage involvement within and between people who are formally trained and certified and those who are interested in Choice Theory and Reality Therapy. You can expect a personal email and maybe a phone call to that end.

You are invited to contact Judith with questions, comments and especially concerns at judithklefmancrrtc@gmail.com.

Martin L. Price, Licensed Mental Health Counselor, has been a counselor in the Seattle area for 40 years. He graduated from Seattle University with a degree in psychology.  He worked as Director of one of the first drug rehabilitation programs in Washington State - the "Tee-Dru-Nar-R" program for 5 years. He opened Martin De Porres Counseling in 1974 where he continued to provide counseling using the concepts of Choice Theory and Reality Therapy. Martin pursued training in Hypnotherapy and is a Certified Hypnotherapist. He created a program for teens and parents which he called "Youth Contact".

It was in the early 1970s that he came across Dr. Glasser's ideas and his book "Reality Therapy". Martin had the opportunity to attend Dr. Glsser's first intensive week training in the application of Reality Therapy along with 59 others from around the United States and Canada. After spending several summers at the Institute in Los Angeles, he was encouraged by Dr. Glasser to begin teaching his ideas in the Northwest. Martin De Porres Counseling sponsored programs featuring Dr. Glasser in the Seattle area several times.

Martin began sponsoring and teaching Intensive Weeks training in Reality Therapy in the Seattle and Portland areas. In addition to teaching intensive week trainings, he mentored new instructors in teaching Dr. Glasser's concepts. Then Dr. Glasser decided to create a Weeks training to allow those who have been trained in his concepts to demonstrate their knowledge and skill in the use of his concepts and called it Certification Week. As one of the instructors in the Institute, Martin attended the first certification week. In summer of 1980 when Dr. Glasser decided to organize the Institute for Reality Therapy into Regions, Martin served on the Institute's Inaugural Board of Directors from 1980 to 1984 representing the Northwest Region. He was re-elected to the Board of Directors and served from 2006 to 2011 representing the Northwest Region. Martin also served as co-chair of the Seattle 2007 International Conference of The William Glasser Institute sponsored by the Northwest Region.

As a senior faculty in the Glasser Institute, Martin has trained and consulted internationally in the areas of Choice Theory, Reality Therapy, Quality Schools, and Lead Management. He teaches all phases of the certification process and faculty programs. He has had the opportunity to work with school districts, correctional institutions, state and social service agencies in Washington State and nationally. As an international trainer he has had the pleasure of working and traveling to Australia, Croatia, Ireland, Scotland, and Canada. He is a trained supervisor for mental health counselors working toward state licensure as Licensed Mental Health Counselors in Washington State.